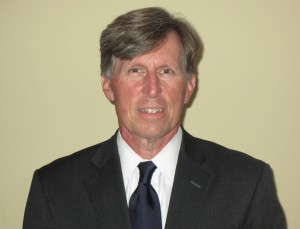 Deutsche Bank (2001-2012) Prior to founding Pangaea, Chris was most recently North American Head of Relationship Management for Prime Brokerage business where he and his team were responsible for covering the group’s largest clients. From 2001 to 2010 he was US Head of Prime Brokerage. Chris led the build out of the business which was the #1 ranked prime broker in the Global Custodian Survey four consecutive years. In 2009 he led the development of the first industry white paper on prime broker counter-party risk; Chris was the the primary contact with clients, investors, and regulators for counterparty risk and asset protection.

Morgan Stanley (1986-2001) Chris was with Morgan Stanley for 15 years where he was co-head of US Prime Brokerage Client Service. Prior to his prime brokerage role he served in a number of senior positions in the equity and fixed income operations where he led a number of process reengineering initiatives. Chris was also assistant New York branch manager in the private wealth management division.

Chris worked earlier in his career at Citicorp and Marine Midland Bank.He has a BA in Economics from Swarthmore College and an MBA in Finance from  Boston College (Carroll School of Management).

This site uses Akismet to reduce spam. Learn how your comment data is processed.